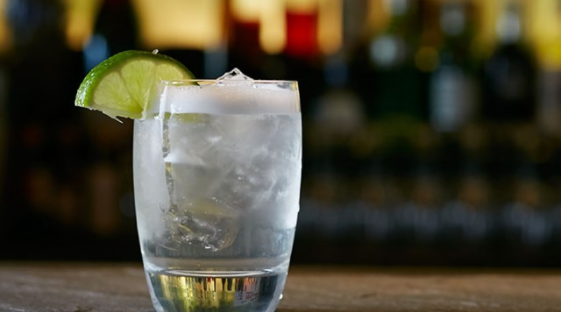 Loneliness and social isolation seem to be a much more impending health problem than obesity. According to research presented by the American Psychological Association, approximately 42.6 million adults over age 45 in the United States are suffering from chronic loneliness, in addition to more than one quarter of the population living alone. More than half of the population are also unmarried, and marriage rates and the number of children per household have declined. “These trends suggest that Americans are becoming less socially connected and experiencing more loneliness,” said Holt-Lunstad.

“Being connected to others socially is widely considered a fundamental human need – crucial to both well-being and survival. An extreme example to indicate this are infants in custodial care who lack human contact fail to thrive and often die, and indeed, social isolation or solitary confinement has been used as a form of punishment,” said Julianne Holt-Lunstad, PhD, professor of psychology at Brigham Young University.

Holt-Lunstad conducted two studies, with the first finding that greater social connection is associated with a 50 percent reduced risk of early death. The second study examined the role that social isolation, loneliness or living alone might have on mortality. It was found that all three had a significant and equal effect on the risk of premature death, one that was equal to or exceeded the effect of other well-accepted risk factors such as obesity.

“There is robust evidence that social isolation and loneliness significantly increase risk for premature mortality, and the magnitude of the risk exceeds that of many leading health indicators,” said Holt-Lunstad. “With an increasing aging population, the effect on public health is only anticipated to increase. Indeed, many nations around the world now suggest we are facing a ‘loneliness epidemic.’ The challenge we face now is what can be done about it.”

Become involved with SDPA and visit our website for helpful resources related to this topic.

A study was conducted, which included 30 participants who had to accumulate 10,000 steps daily for 12 weeks. Results concluded that each individual showed significantly lower anxiety, depression, anger, fatigue, confusion, and total mood distress scores compared with measurements taken prior to the intervention. Similar to this, Stanford researchers also concluded that walking in nature yields measurable health benefits, with reduced risk of depression being one of their main findings.

The Mayo Clinic explains it best, as they state that “The links between depression, anxiety and exercise aren’t entirely clear — but physical activity can definitely ease symptoms of depression or anxiety and make you feel better.” The word “exercise” may make you think of running laps around the gym, however it includes a wide range of activities that boost your activity level to help you feel better.

Certainly running, lifting weights, and other fitness activities that get your heart pumping can help. But so can physical activity such as gardening, washing your car, walking around the block or engaging in other less intense activities. Any physical activity that gets you off the couch and moving can help improve your mood.

As you strive towards reaching your 10,000 steps every day, you will receive many psychological and emotional benefits. It can help you:

The South Dakota Psychological Association provides many helpful resources related to this topic. Visit our website for more details!

Mindfulness is the practice of being present in the moment. It is quite often associated with the saying “don’t let the future steal your present”. By learning and practicing how to be more present in the moment, the benefits to this mental lifestyle are endless. Studies have shown that those who adopt the mindset of living in the moment tend to be happier, calmer, more relaxed, and appreciative. It can also increase one’s ability to be in tune with their thoughts and emotions.

It is quite often said that depression lives in the past and anxiety lives in the future. Therefore, remaining in the present provides a sense of calmness and peace of mind. The excitement of awaiting something out of the ordinary or special is easily understood – whether it be bad or good – but by focusing so heavily on what isn’t currently happening, you miss out on all of the amazing things happening in front of you.

By being present in the moment, you obtain a higher level of satisfaction, allow yourself to have a better experience, and feel more fulfilled as the event has not come and gone as quickly. It is great to perceive time as a precious commodity. Don’t mentally rush through it or wish it away. Savor the moment, and start (or continue) doing the things you love and that fill you up. It’s when you fix your eyes on those slower moments of life that your appreciation and relaxation increases, opposed to anxiety or depression if your mind is focused elsewhere in time.

Would you like to influence the health and well-being of South Dakotans? SDPA is the voice of the psychologists in South Dakota, and Your membership is Your voice! SDPA membership DOUBLED in 2017, and we’ve targeted another 25% increase in 2018.

Become a member of SDPA to secure the future of psychology in South Dakota.

Contact SDPA@nonprofitresources.us with any questions regarding membership or the renewal process.

During the February 2017 APA Council meeting, a motion was passed (by a very large margin) to send a bylaws change to the APA membership to address representation on Council for SPTAs (State, Provincial, and Territorial Associations). The bylaws change would assure that each SPTA is guaranteed a seat on Council. Presently, seats on Council are determined by the apportionment ballot, split among SPTAs and Divisions.

The bylaws change was proposed because in 2018 only 59 of the 60 SPTAs will be seated. The US Virgin Islands lost their seat on Council after the last apportionment ballot. Given this, we were able to successfully argue during the Council discussion on this proposed change that each SPTA is an important individual entity, deserving of representation, despite its population or number of APA members.

SDPA, being one of the smallest Psych Associations, could be next in line to lose our council seat if this bylaw change is not passed.

If the Divisions get more votes in the apportionment ballot in its present form, then more SPTAs could lose seats, including small-population states like Wyoming and South Dakota.

Voting will be open until December 14. It is very important for you to vote. APA rules require that the membership must vote to approve a bylaws change, and this must be accomplished by a 2/3 majority of the vote. So please vote, and vote yes, allocating all your votes to our state association.  And please help spread the word to other APA members!

APA has a new webpage for psychologists who want to offer assistance to people recovering from Hurricane Harvey.

CLICK HERE to learn more about how you can help.

The Executive Director of the Texas State Board of Examiners of Psychologists recently emailed licensees in Texas with the following message:

“In accordance with Governor Abbott’s disaster proclamation issued as a result of Hurricane Harvey, the Texas State Board of Examiners of Psychologists has suspended those portions of Rule 463.27 that could prevent, hinder, or delay access to mental health treatment for the areas affected by Hurricane Harvey. Effective immediately, individuals licensed to practice psychology in another jurisdiction may apply for an emergency temporary license from this agency under Rule 463.27. Upon submission of documentation of current licensure and good standing in another jurisdiction, this agency will issue an emergency temporary license valid for 120 days, or until the Governor’s disaster declaration is lifted or expired. A copy of the application for an emergency temporary license may be obtained by clicking here: Temporary License Application. Please share this email with any non-Texas colleagues you feel may be interested in volunteering their services for the victims of Hurricane Harvey.”

If you have a different license type and/or wish to assist in Louisiana, please contact the appropriate board.  The worst way to help is to show up unannounced as a free agent. You can reach out to the Texas Psychological Association’s Disaster Resource Network Coordinator, Dr. Rebecca Hamlin at rj.hamlin@earthlink.net if you need help being directed to the appropriate Red Cross contact.  If you have further questions for APA about helping during this or other natural disasters, please email pracpr@apa.org.
The Psychological First Aid Field Operations guide is available online.